Our little family attended out first TAPS event last month. TAPS stands for Tragedy Assistance Program for Survivors. TAPS provides support to all who have lost someone who served in the armed forces. I’ve been getting their magazine and emails for almost 4 years. I’ve always thought it would be good for us to go to an event, but it just never worked out.

One reason I thought it would be good for us to go was so we could be involved with a military event. (TAPS isn’t specifically run by the military, but most of their volunteers are military and everything was held on base. The kids get to hang out with service men and women who volunteer to be their mentor for the camp)   The Air Force way of life was something that I really grew to love. I have missed it. I miss my kids being raised surrounded by it. I want them to know what their daddy did, and how much he loved it and WHY he did it. It’s harder to teach that when you are removed from all things military.

I was a little nervous to go actually. I didn’t really know what to expect, but hey, we were going to the one in Hawaii, so if we didn’t like it I figured we would just go to the beach instead.  It turned out to be much better than the beach.  It was just one day; but it was so good for all of us. The kids did their own thing – broken up into age groups. They got to meet kids who have all lost fathers. I got to meet other widows. It’s amazing the instant bond you have with someone when you have that in common. It really did make me feel less alone. It was nice to be around someone who understood in a way that no one else can. It was heartbreaking to hear everyone’s story; but it was very healing to be there together celebrating the fact that the people we love LIVED. That is more important then the fact that they died. 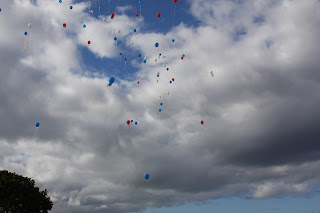 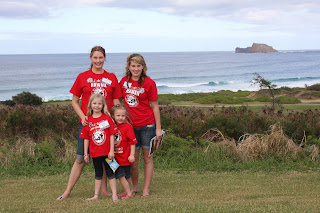