Widow.    When I  realized that at age 33,  that title applied to me – it made me physically sick. I completely rejected that word and everything that it stood for.   I never refer to myself as a widow. (it’s ironic that my blog has this word in the title. – really I’ve always really liked the “might” part of that and not so much the “widow”.)

When I  would hear the word widow I used to think of an older lady – that needed help and probably elicited pity from me.   I thought of her in scriptural terms. Someone I should serve and help; but I certainly didn’t want people to think of me when they heard that word. I was trying pretty hard not to be pitiful and I hated that word that would illicit pity immediately from everyone who heard it.

I remember clearly the first form where I had to erase the check I had placed next to “married” and check the “widow” box instead. I wanted to cry. for lots of reasons. and being given that unwanted title was one of them.

Even after 4 years I would still kindof flinch involuntarily when I heard it.

Until I read this….

(I copied this from my soon to be friend Taryn Davis’ blog – She started the charity American Widow Project. She is a military widow and when I read this it really just changed everything that I felt about being referred to as a widow. )

“When Michael was first killed I remember sitting there thinking, ‘Does this mean I have to be a widow?!’.

Our society had put such a stigma on the word, that any chance in me feeling the need to embrace it was pretty slim.

I even had people telling me not to call myself that.

“Widow” was a title that had everything going against it in the sense of embracing it.

But I remember, one evening, in the first few months after his death, thinking of the pride I had when standing next to him and hearing him introduce me as his wife.

It was in thinking of that feeling that I knew I had all reason in the world to feel the same as his widow.

That title represents his sacrifice.

That title represents my sacrifice.

And that title, due to the fact that I am still here to say I am the widow of Michael…represents my survival.

I know it is easier sad than done to embrace a word that for centuries has been shunned and put in a negative light, but when I think of that glowing feeling in my heart when I stood next to him as his wife, I quickly let the notions of others fall to the wayside as the same feeling sweeps over me as I introduce myself as his widow.

Being a widow is title worth sharing.”


She perfectly describes the pride and happiness that I felt when I was referred to as Brad’s wife. So i’m going to attempt to feel that same way when i say


I am the proud widow of Maj. Brad Funk.
I will be proud of this… 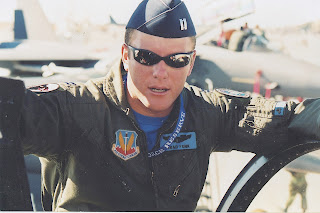 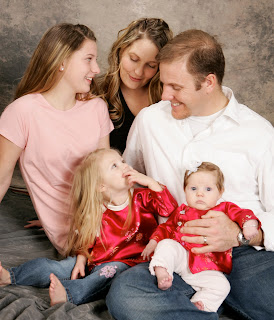 I love you my boy. You make me proud every minute.